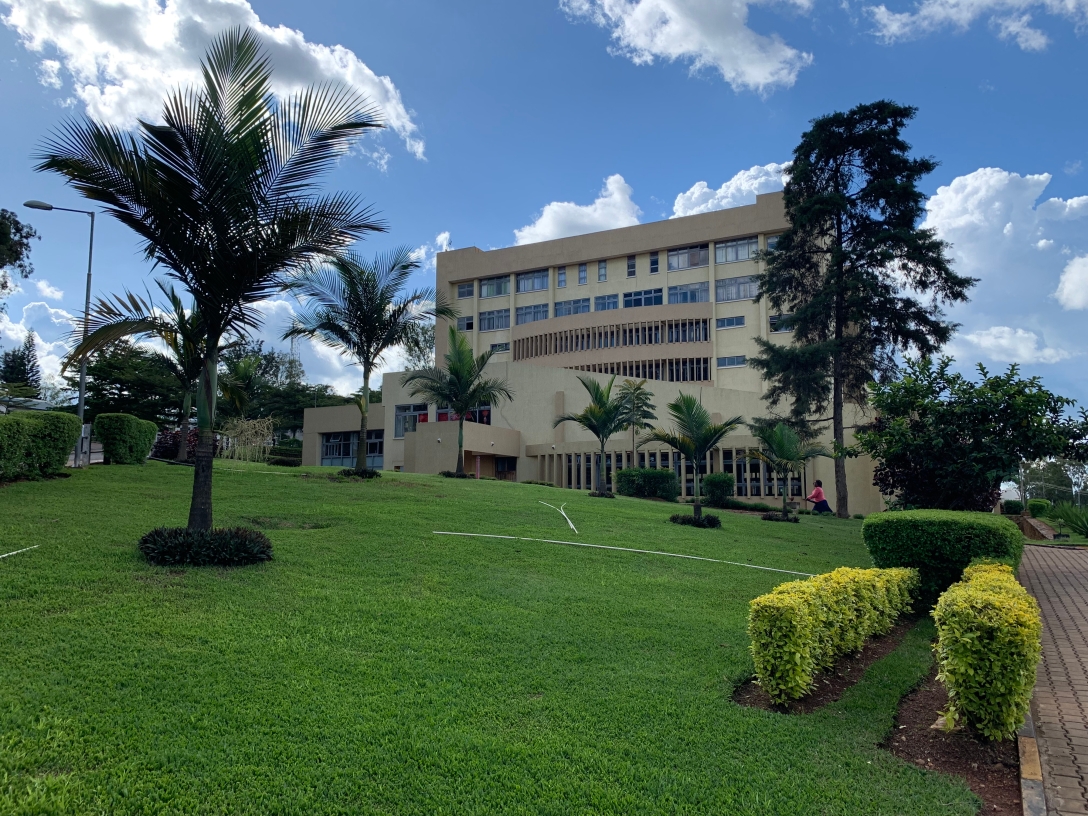 PC: Rwanda is putting a lot of emphasis on knowledge based economies, but it’s also putting a lot of emphasis on future drivers for growth and human capital. If you look, most of the people in this country will be alumni of the University of Rwanda, they graduated from one of the former institutions. And a lot of people promoted to government positions are promoted from the UR. So we are able to have quite an influence.

What we’re doing very much helps drive forward the economy. Rwanda has one of the fastest growing economies in the continent, but it’s also looking at the health and wellbeing of every single member of the population of rwanda. When you look at the University demographics, children from the most remote and rural and impoverished families are coming to the University, so we are actually able to provide opportunities for them. So that’s my take on university and the nature of education, that University and education are simply a space you come into.

You’re at Yale for four years! You’re immensely privileged because you have four years of your life where nobody else is going to say to you “You’re part of the unemployed statistic” or there are demands on you to go do things. You are privileged and protected, and that is the same for my students. The students here are protected for four years, and we have to stop cramming that space with stuff–that you’ve got to pass and be tense–and actually create within that space something that inspires people, that urges them to explore and go and look up things.

I still teach, and what I want to see at the end of my teaching is students running out of my classroom, not to get away from me, but because they are excited to go and find out more. So we have to change the way we teach. The dominant way of teaching–and again none of this is unique to the University of Rwanda, it’s a global phenomenon–the dominant method of teaching is inherited from school, which is you sit and you remember every word I put on the powerpoint slide. You remember every single power point slide and you go to the exam because that’s what I’m going to examine you on, and then you spout it out on the exam and forget it. And we push back on that at UR. We say there is going to be less reliance on these high-stakes summative assessments. We want to see development through a lot more formative assessment, which is what the higher education regulators in this country are also pushing for, but we want greater flexibility. So if you say “Oh I’m in this biology degree but im actually much more interested in creative arts and biology,” well we say “That’s possible–you can do that!” And you say “I’m doing international relations, but I’m really interested in the role of conflict management, but I can’t cross into that faculty.” Well news for you, you can now! So it’s about creating an exciting space and flexibility within that space. It’s about development more than just a teacher with a stick at the front of the room.

One of the key things about a teaching encounter or a learning encounter is accessing prior knowledge. So if I teach management of diabetes, I’ll be saying for the first 20-25 minutes of that 50 minutes, tell me what you know about diabetes. And you say “Hang on a minute, you’re the teacher, you’re supposed to be telling me.” And I say “Do you know anybody with diabetes?” and you say “Yeah my grandad had diabetes,” and I say “Well what do you remember about that,” and you say “Well he went blind.” So write up on the board, and someone else says, “No I know someone with diabetes, and they were fine,” but the other says “Well mine took injections” and someone says “Mine took drugs.” And collect all of that prior knowledge, you organize it for students, and you present it back to them and you realize that the prior knowledge that exists is huge.

So then I say “I’m going to cross off some of the myths. It is not an STD as one of you said, it does not cause dementia. Let’s bust some of those myths, but let’s pick out three key things you need to know about diabetes. And what I want you to do before next time is go and learn about this. And here are some online resources to do it.” And that’s radically different from the way you will witness teaching in universities in the global south which is learning to know what is on the powerpoint slides. That’s just like brain dead, isn’t it? Because then all they know how to do is get the powerpoint slides and then sort and read them in the library.

You know that often quoted stuff by Mandela is actually really true. Education may be the greatest liberating force in the world. But if you think about it, education in the wrong hands, and just because you have a PhD doesn’t make you a teacher or an educator, an educator can be a hugely repressive thing. We are making sure at the University of Rwanda that education does not oppress people, that it actually does liberate.

That’s about so much more than what happens in the classroom. It’s about health and wellbeing. So we prioritize sleep, hygiene, nutritional status, mental health of students, sports, and all of those areas. This year, we have invested 6.4 billion francs, I forget the dollar amount because I work in pounds sterling, but around 6 million dollars of infrastructure and refurbishment on student facing areas of campus. The student areas are the first areas we’ve been renovating and refurbishing and investing in. Because I want you to sleep well because then you can achieve your intellectual potential, I want you to eat well because then you can achieve your intellectual potential, I want you to have a greater chance to do that. I want you to have a safe recreation facility so you can achieve better. I want you to have proper sanitary facilities so then you can feel dignified. You know? So it’s about bringing dignity to the young people who come to our university because the young people, in any country, are the greatest treasure. Universities have to rethink their mission. Are they simply there to become research intensive and develop Nobel Prize winners? Well I hope that actually happens because of what we’ve produced, what we’ve facilitated, and what we have allowed to happen. Are they going to be places where people grow, where people find out what it really means to be human? Philosophically we have to constantly challenge and rethink what the purpose of a university is. In some countries it’s to keep you off the unemployment register.

I bet in Yale, in many Universities around the world, you go to the classroom first before you go out on a placement. Well actually I think you can go into the field first. And then after six weeks or whatever they go “My head is just buzzing” and you say “Well actually we are going to cover all that in the next lecture series.” And then they say “Oh yeah, data mining, I heard a lot about that in this context.” It just needs people to be a little bit brave about it. And actually bravery is easy if you believe in what you’re doing.