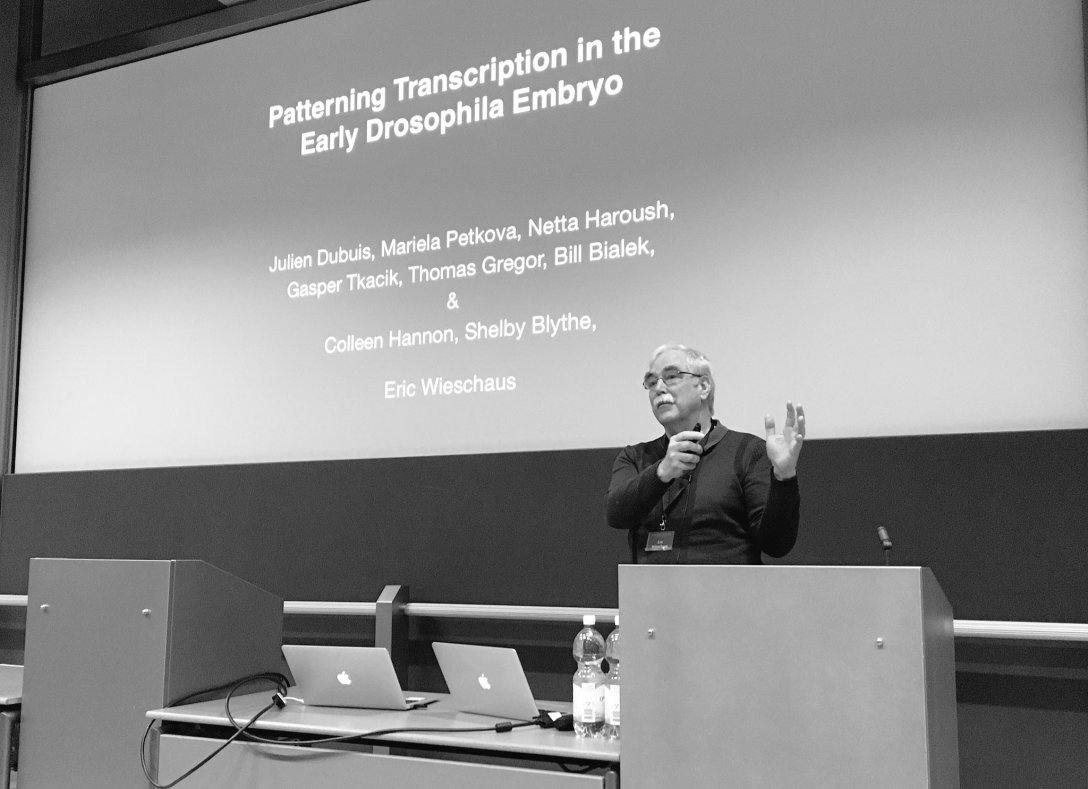 I think often what happens when you’re an assistant professor is they’ll hire you and the senior people in the department want to take care of you and want you to be successful so they either will try to protect you from teaching or they will give you upper level teaching courses where you are able to teach the latest, hottest, new stuff to upperclassmen or graduate students. That’s something that happens, and it happened to me...

LC: So as I run out of time I wanted to poke you on one last thing that I saw in an interview. This one is translated from German by Google so you’ll have to forgive me if this is not exactly what you said, but it’s in Der Standard. You were talking about the differences between American and European society and you said “Yes, faith is still very important in our country. It gives meaning to peoples’ lives. I was also raised religiously but it just wasn’t for me. Religion doesn’t help me with the big questions of humanity--after death, suffering, and love.”

LC: You mentioned in another earlier interview that one of the things you want to do as a scientist is join this sort of community and club of scientists, where people want to hear about your work and people want to talk to you because you’ve done interesting science. And I wonder whether, now that you’re an official part of this club of high-tier scientists and Ivy League professors, have you met any super cool people? What is that club like?

(Image from the UND archives: https://hesburghportal.nd.edu/story-dedication-protests)
LC: So there’s this footnote on your wikipedia page that says you signed the 2007 petition to repeal the Louisiana Science Education Act. And I also know from your Nobel Prize Bio that you applied for conscientious objector status to the Vietnam War. It seems like you have a little bit of an eye for social issues as well. Can you tell me how you got involved with the petition to repeal the LSEA, and are there any other initiatives that you find of particular importance?

LC: I heard somewhere that you still do lab work. Do you go into the lab primarily because it’s where your passion lies and you get to see the data, or is there a scientific benefit to the work being done because you’re contributing to the work. Do you think it’s important for professors to engage in that way?

(Image from https://scholar.princeton.edu/wieschauslab/research) LC: I also wanted to pick your brain a little bit about the funding justifications for some research projects. There’s a famous Sarah Palin quote where she criticized fruit fly research. You’ve admitted before that you didn’t go into the Heidelberg Screen experiment knowing that a Nobel Prize would come out of it or that human applications would follow...

(Image from https://www.embl.de/) LC: So I know that in undergrad you got a job washing fly bottles on the weekends and you said “This, the sort of lab environment, is something I could do.” And then later you went into graduate school at Yale initially. Graduate school to me seems like a large step, a commitment to an academic career field. Were you intimidated? Were you confident that you wanted to do lab science for the rest of your life?